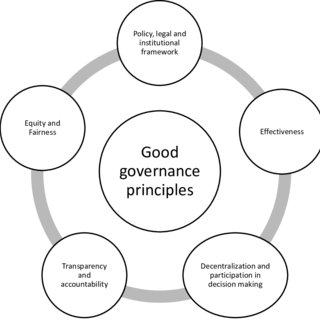 The term ‘governance’ has indeed been mentioned for a while now either in connection with the negligence of our entities to uphold the youth and elderly or the matter of business and government sectors and their lack of guarantee to promote the right values through their power to the public. However, to put it simply, Governance relates to overseeing, leading and governing an entity. The Code of Governance is based on principles and not on laws, so it is optional but important. Communities and institutions are supposed to align themselves on a ‘ comply or justify ‘ model as the requirements specified in the code such as transparency, accountability and integrity of any system.

Open or fair governance refers to a system which should not keep anything from the public, must not participate in secret deals or take quirky or arbitrary moves. To govern a fair government, specific instructions are to be followed. Public conferences, disclosure of financial reports, access to information, laws, budgetary analysis and audit provide straightforward processes of transparency in governance. Hence it is a significant step for political leaders and governmental entities to grant people to view and contemplate all the deals or affairs because it will reinforce the credibility of citizens in the government and governance procedures. Without it, there is chaos and distrust among leadership and public.

Accountability indicates to the ability to answer or explain the reasons behind a particular action. In relevance to government, accountability is when a process is brought out through the crucial steps that were required for the fair outcome. It is an aspect in which the individuals, leadership and communities take responsibility for their performance and improve it to the level of given standards. Accountability is acquired by clarifying the tasks in regards to the position of a particular person, the performances must be inquired fairly and the task expenditure should be laid down accurately for the public to acknowledge the figures.

The third most crucial aspect of a government is to maintain its integrity throughout the tenure. Integrity in governance calls out to steadfastness of ethical and moral rules set out for a specific community to follow. It includes the respect and abide by the law which is related to ethical and moral codes. For instance, there should be one law for all despite their religion, caste, color and creed which promotes a sense of security, brotherhood and patriotism amongst the nation. A system must have a tight hold on its integral values to achieve its status of a good and fair government.

The stated features are applied in policies to ensure that the public and government strive for harmony and prosperity together. For government, it is made when they stick to their commitment and deliver what they promised, not when they pose perfection while keep messing things up. For people, they should also cooperate with the laws and boundaries with respect to the system.